After arriving at Sydney Airport, a quick and easy transfer by train took me to a station 5 minutes from my hotel. The hotel, a Travelodge, is perfectly good although just a little bit south of the CBD, about a 30 minutes walk down to Circular Quay, which I took after checking in.  A stroll around the Quay and around the Opera House and a bite of lunch at the Rocks in the afternoon was very pleasant.  I was slightly disappointed that I couldn’t find much street art, and when I asked someone in the tourist information centre, they said they didn’t know of any and that I should use Google. 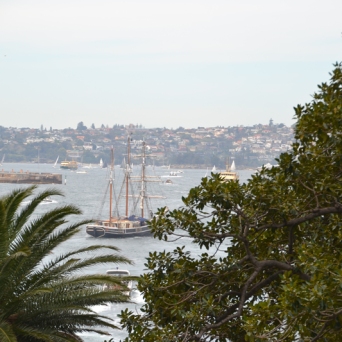 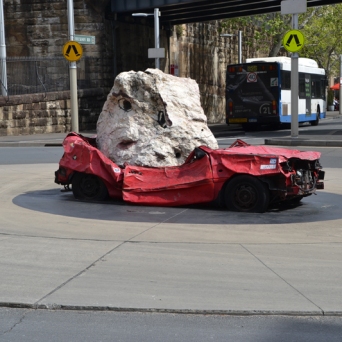 As my hotel room was more of an apartment with some cooking facilities, I visited a nearby supermarket and bought some cereal and other breakfast bits and returned to my hotel to drop them off before heading out for a meal and a beer in the hotel (Harry’s) opposite mine, they also serve the Little Creatures beer I like.  I had a relatively early night after a tiring day in the sunshine.

Today was a tourist special, I walked down to Chinatown to see a spectacular piece of art then wandered round to Darling Harbour, where I eventually picked up a hop on Hop off bus tour of the city.  Once I had completed the tour I got on the one to Bondi, where I had lunch in the RSL that Jean and I visited when we were there 7 years ago. 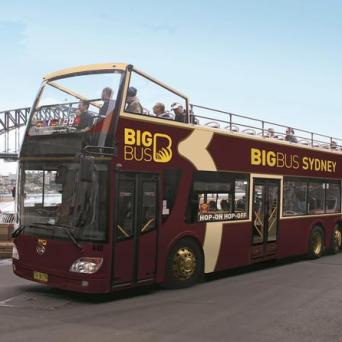 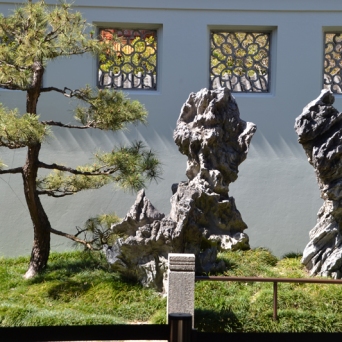 Once back in town I went to the Sydney Tower Eye to see some great views of the city, I was there in time for the sunset, which was interesting. 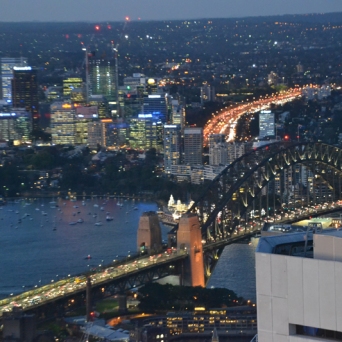 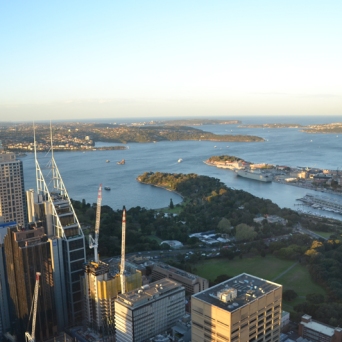 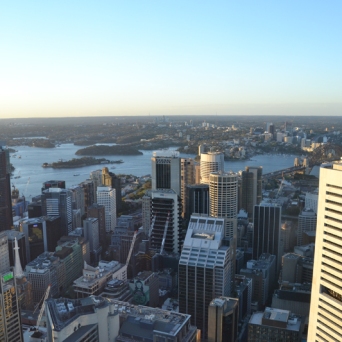 Another tiring day in the heat but enjoyable none the less finished off across the road in Harry’s for a schooner of beer.

Off on the train from Museum to Circular Quay to catch a ferry, up the Parramatta River, to Rydlemere to meet the family, it was raining this morning so it was a bit strange to see raincoat and umbrellas again. I was a bit early for the ferry so I stopped for a coffee in a place on Pitt St and watched all the workers passing by, poor souls!

The trip up river was very pleasant but uneventful, I met a couple who had just came off a 3-month cruise around the world with a load of luggage, John & Betty were very confused when the seen me coming off the ferry with a large suitcase and hold-all.

It was nice to go to John & Betty’s bowling club for lunch before going back to their home where we spent some time chatting and catching up on family matters. In the late afternoon Fiona turned up with her daughter Erin and son Ben and we all left to go to a local pub for dinner with her husband Tony, after dinner Tony and the children returned home whilst Fiona dropped off her parents at their home before taking me to the nearby Westmead station to catch a train back into town.

It was nice to meet John and Betty again after so many years, but unfortunately, his health is not so good so all of the family were looking out for him. We had a good time together on another nice day.

Once I got back into the city I had a long slow stroll back to the hotel and went to bed reasonably early.

Of course, no visit to a city would be complete without photographs of the street art, which proved to be quite difficult in the centre of Sydney, where I found only a few. Today I took a trip out to Newtown and Enmore, a couple of suburbs where, I was informed that the local council supported murals, and I found plenty, the best ones by a guy called Fintan Macgee, which were quite impressive, on my return to the city I had a wander around the Opera House and circular quay. Another nice day in the sun, a meal in a local hostelry to finish.

On Saturday I took a trip over to Graeme’s old stomping ground of Kirribilli, and I had a bit of a trip down memory lane, as we had visited the same market previously, a walk back across the harbour bridge took me to the buzz of the Rocks Market to finish off the day. 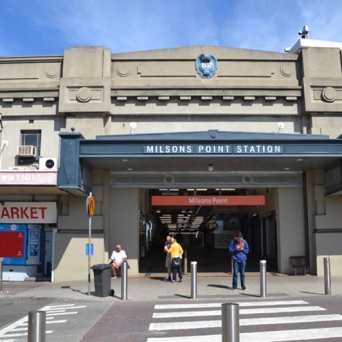 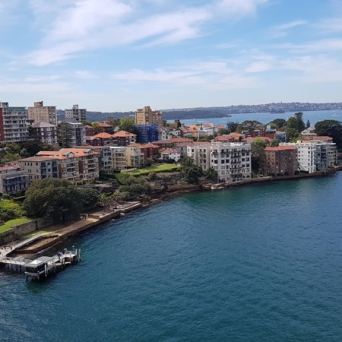 Today was a quiet day getting myself ready for my departure, after my time in the markets I returned to my accommodation and sorted out my packing and after a home cooked ready meal, I had a pint before turning in early to prepare me for my early morning flight to New Zealand to start that part of my trip.