I had a busy day yesterday, I originally headed into town to take a dip into volunteering at the International Swimming Centre at Tollcross, my shift was cancelled so I returned to the city centre, where I had a chance meeting with Smug, who was doing a commission piece in Millar Street.  I’m really looking forward to seeing him again at Nuart in Aberdeen in April.

After visiting the Dippy on Tour exhibition in Kelvingrove (well worth a visit), I dropped in on SWG3 before heading back into town for a pre-arranged tour of the Trades House in Glassford Street, this is a very interesting place with loads of the history of Glasgow.  I was there with a group of friends who were receiving an award from The Commonweal Fund.

During my day out I found some new street art, one by a guy called Plague Fisher (aka Craig Fisher) called Glasgow Kiss, which is just a pair of love dolphins, on the side of the BrewDog pub opposite Kelvingrove. 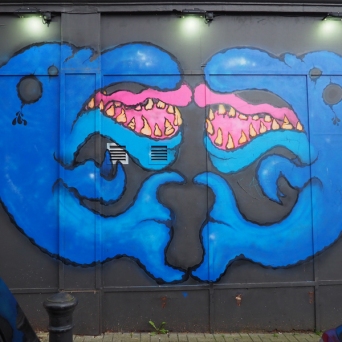 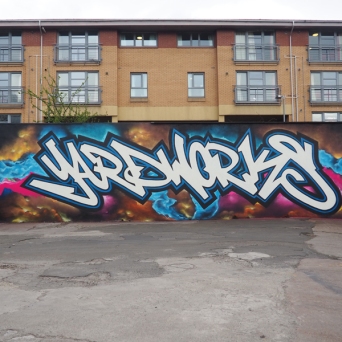 Unknown (but a wee idea) 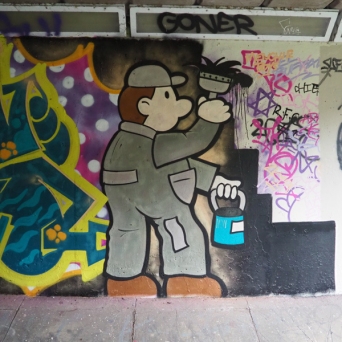 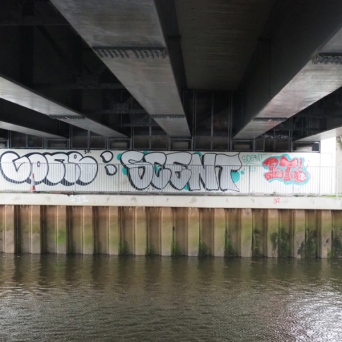