An early start today as I made my way to the airport for my flight to New Zealand, everything went well and I arrived in Auckland with no problems. After getting into the city via the Skybus I climbed the hill to my accommodation in Jucy Snooze, which although at the top of a steep hill and is quite basic, suits me fine.

I checked in and unpacked a bit before taking a stroll down to Queen Street to see how much had changed over the years, I was pleasantly surprised to find that one of my old haunts, the Occidental bar in Vulcan Lane was still open, I sneakily went next door for dinner the went into the Occidental for a blast from the past. While in the bar I met and spent most of the night with Paddy, the off-duty manager, and we had a really great night with a few pints of their special ‘Bel Jim’, a Belgian style dark beer, needless to say, I was a bit tired by the time I made it back up the hill. 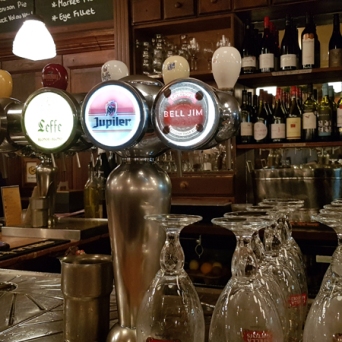 For my first full day in Auckland, I wanted to visit the Stray office to confirm my itinerary for my tour but found it closed.  I went up to Sky City to the tourist information centre as I was thinking of going up the tower, in the end, due to the timing I decided to do all that later in the week. While there I picked up a leaflet on the street art in an area known as Karangahape Road or K’Road as its known here, so off I went, camera in hand to take a few shots of them, it was an interesting walk in a slightly off-beat area and I saw parts of the city that I would never normally see and some of the artwork was very good.

Once back in town I stopped off in the Occidental for a beer and lunch before heading down to the quayside where I visited the Maritime Museum, as I had done a pile of walking during the day, I went back to my accommodation for a rest before going back down the hill for my dinner. All in all a good day, although the weather could have better.

A day of very mixed weather, almost 4 seasons in one day. In the morning I headed to Stray NZ’s office to confirm my itinerary for the next few weeks and had a chat with their rep, on his advice I decided not to go up the tower as he reckoned that the cloud cover was low enough to spoil the view and that there was normally not much to see, he recommended which one of the 2 tour buses to take so off I headed on the red hop-on-hop-off bus to see the sights of the city.  There were 2 routes available so I managed to fit them both into the morning before visiting another of my old haunts, The Shakespeare Hotel, which is now also a brewpub so lunch was very good indeed. 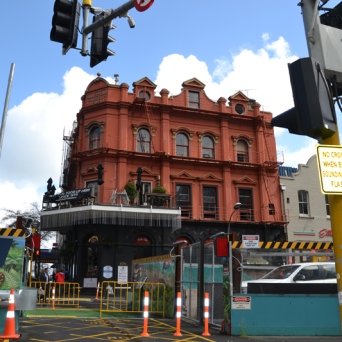 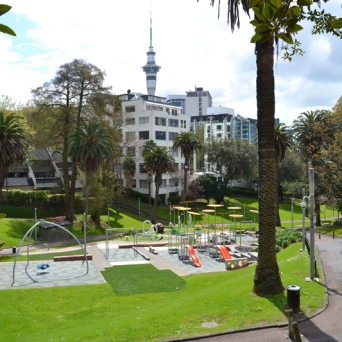 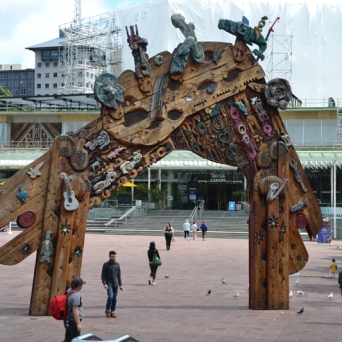 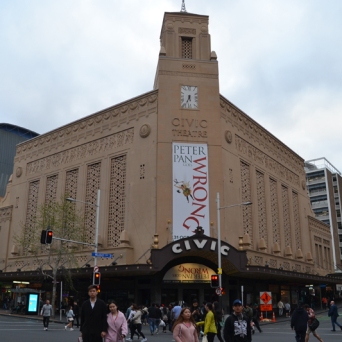 I continued my strolling around the city in the rain, eventually becoming a bit bored of seeing the same types of places and not wishing to spend so much time in the pub, I went food shopping and returned to my accommodation for my tea and a quiet relaxing night, watching rubbish TV.

As the weather has been a bit cold here I thought I would need to buy another jumper to wear when down south, so I used my bus ticket from yesterday to take me to the shopping mall where I picked up some supplies for the week ahead, I then got off the bus again at MOTAT, a technology and transport museum similar to our Summerlee.

Once back in town I picked up a sandwich and coffee for lunch., before taking  a trip on the Devonport ferry, it was like going ‘doon the watter’ all over again, the weather was abysmal with high winds and heavy rain, and to top it all off I lost the lens hood for my camera.

After a little shopping, a pizza and a beer in the Occidental, I returned to my accommodation for a rest and to pack ready for an early start on my Stray tour in the morning.